This was only a small test I did for the actual beacon placement itself. Is this link okay? I'll explain it in a little while 'cause I got no time at the moment 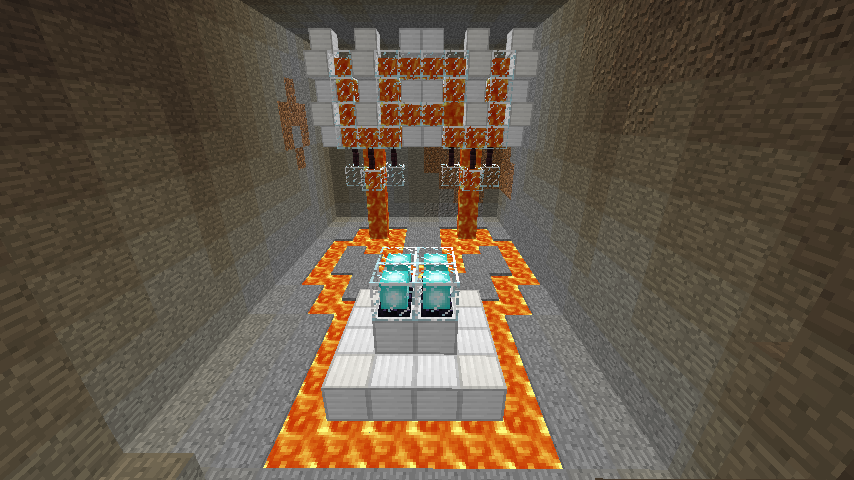 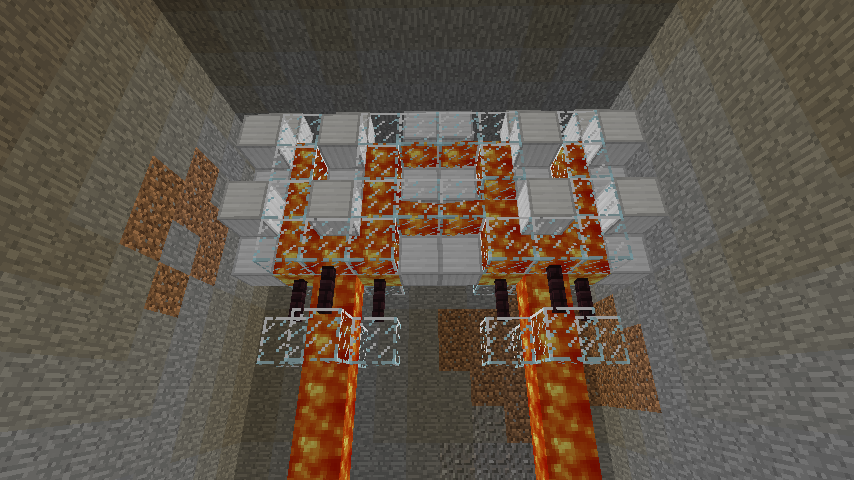 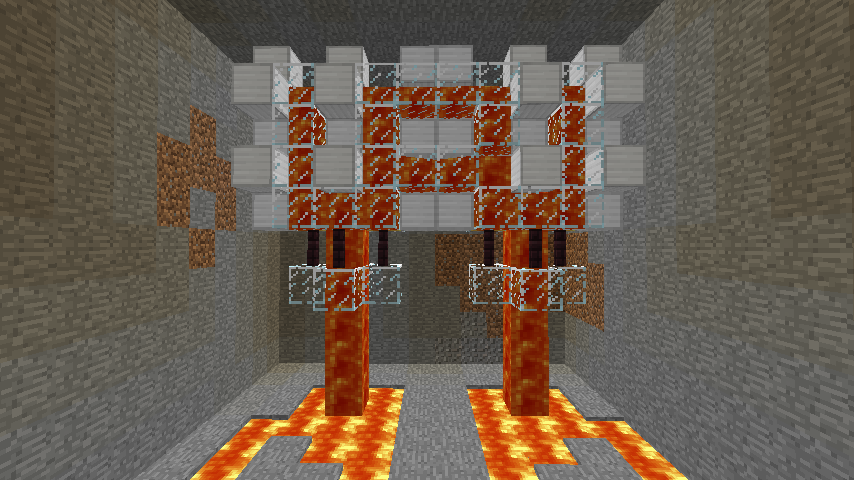 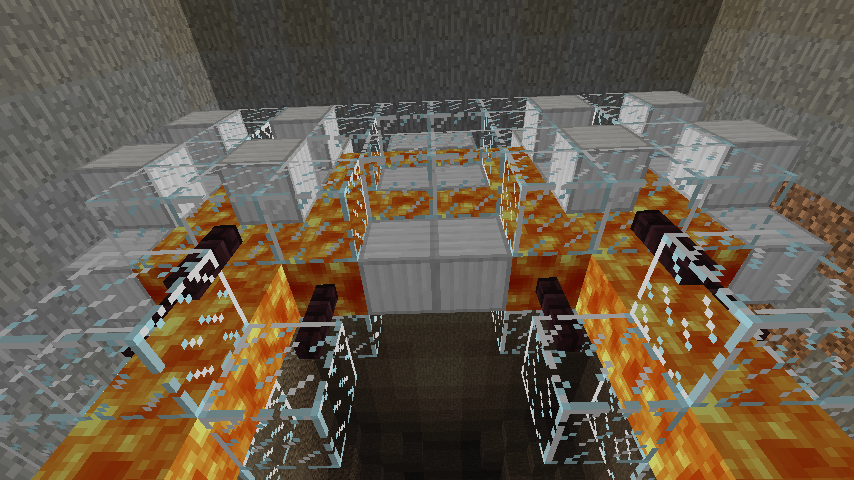 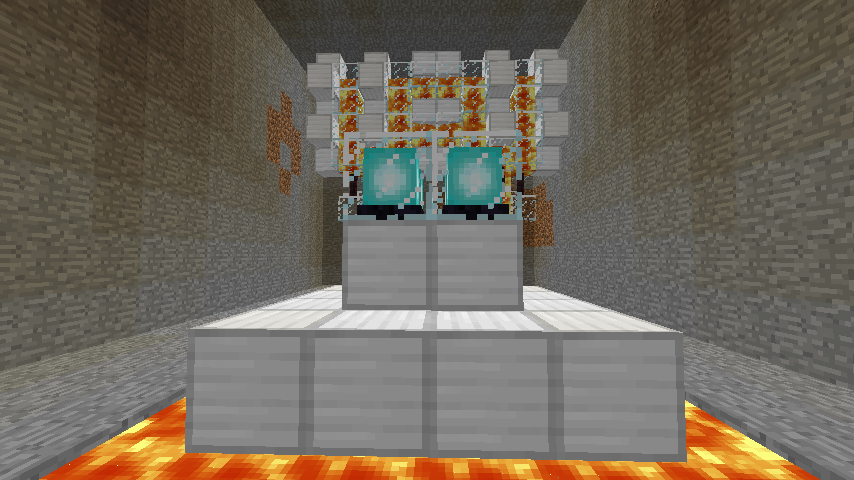 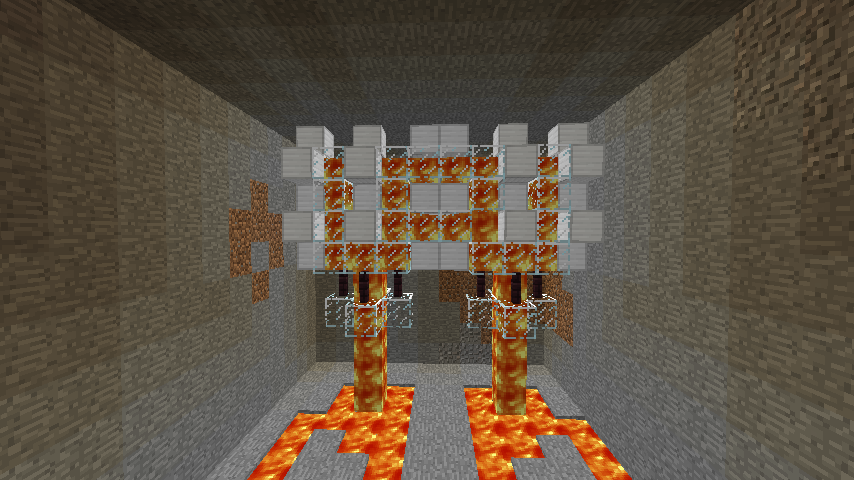 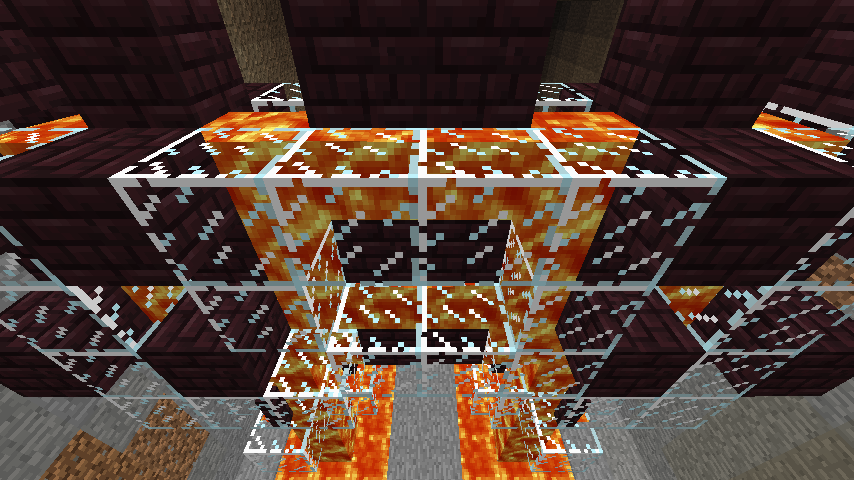 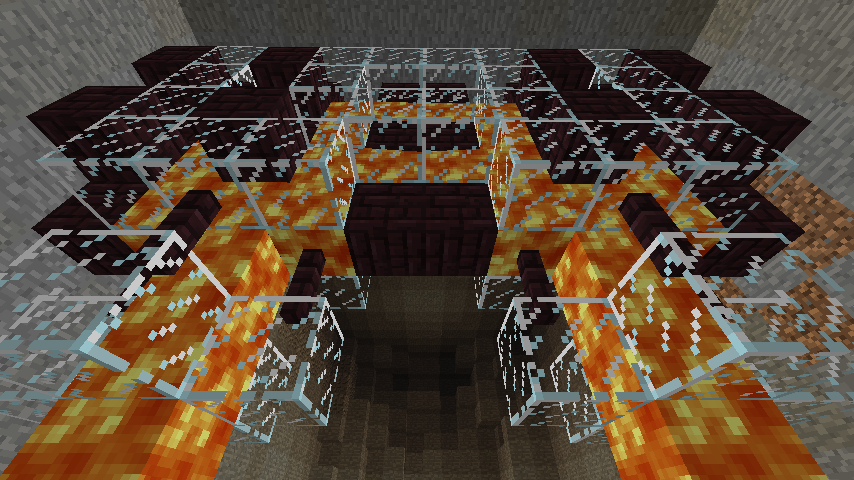 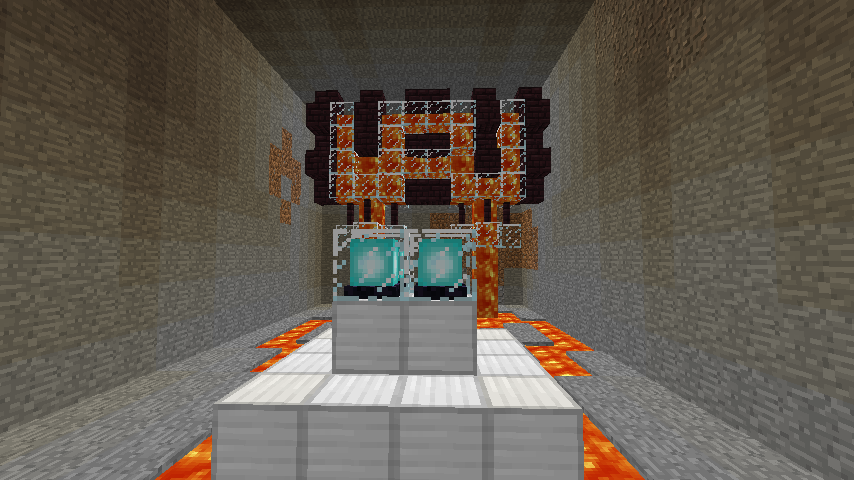 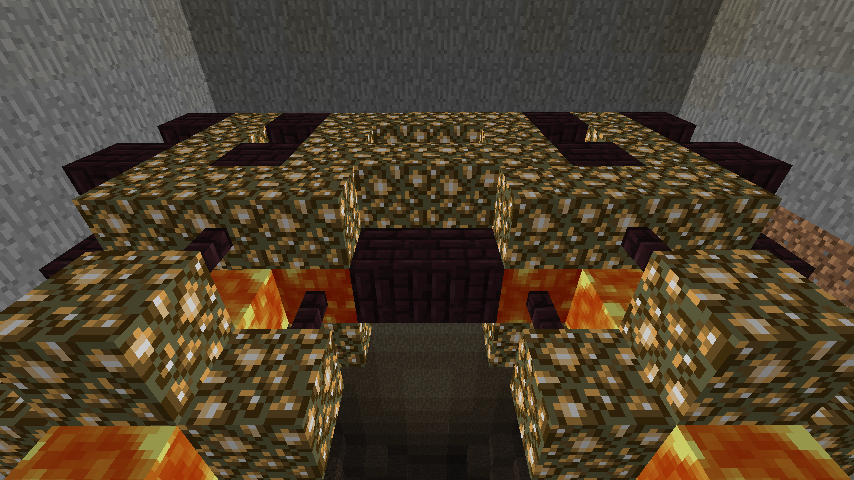 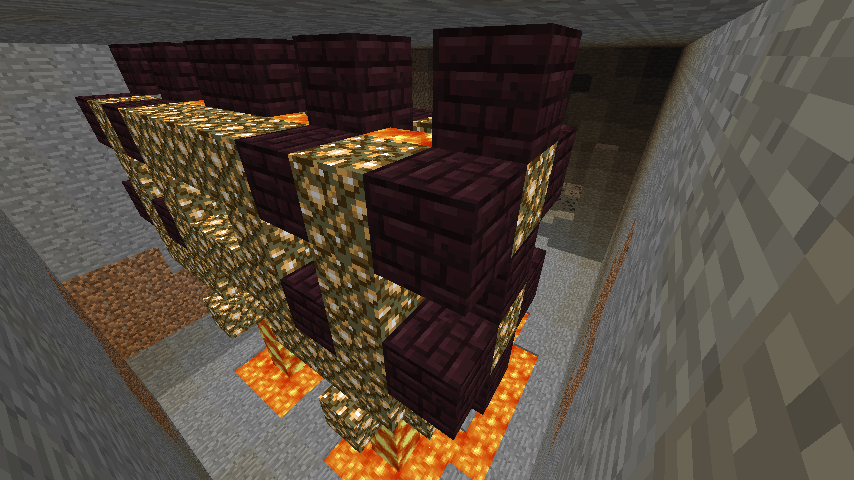 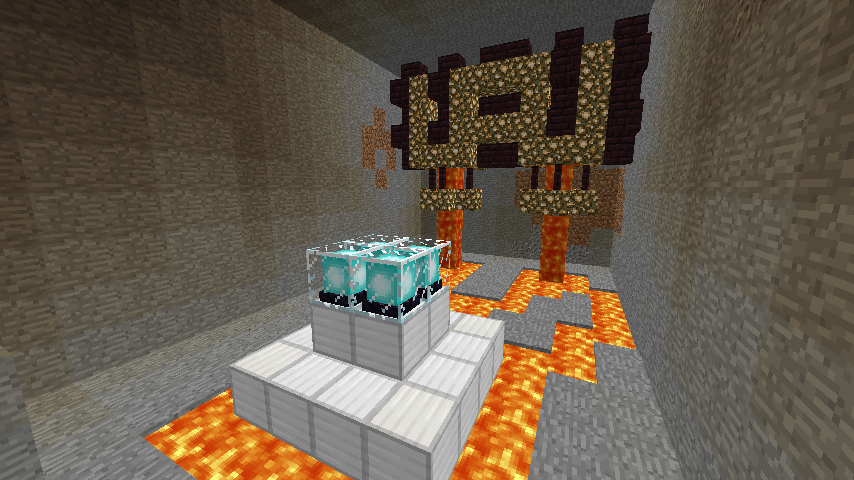 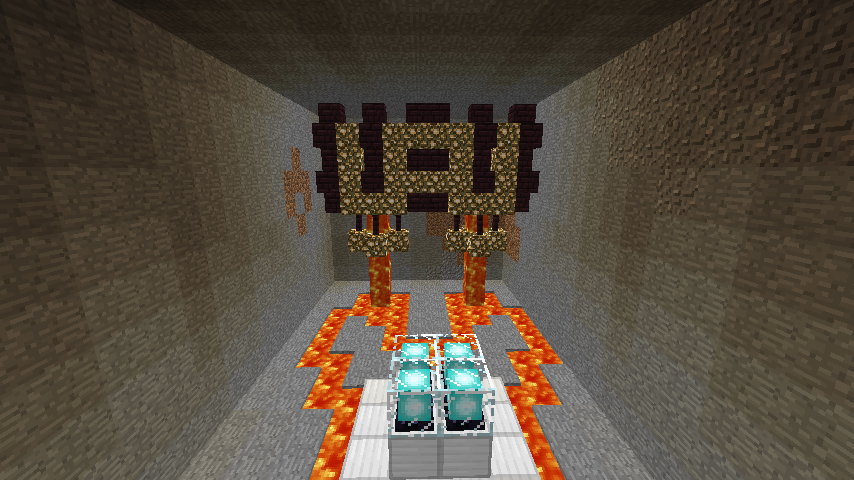 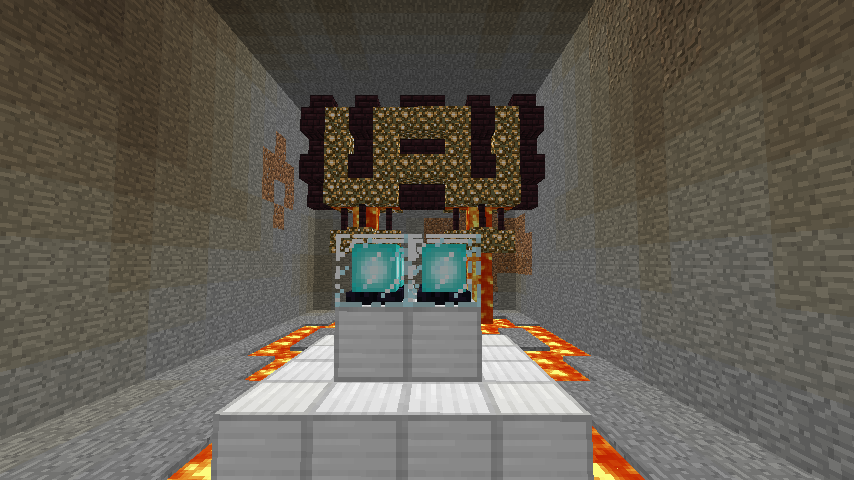 Basically I was thinking (as a story line kinda thing) That the dwarves of Mons Domus made a shrine type thing powered by purified lava, which they got by using these big tanks, which kinda is used as a filter if you will, to remove any impurities and evil. This allowed them to power beacon which lets them contact the gods and ask for a blessing (the powers beacons give minecrafters). But of course the gods would like a tribute of resources that the dwarves had mined from their fair mountain, to repay the gods in thanks (the ingots used/blocks to power the pyramid/beacon).

I think the tanks may look a tad too industrial, I think glowstone instead of glass and using netherbrick instead of iron ingots would look nice. I'll try when I get time. I would appreciate if anyone with experience in the cities architecture would review this

'Cause this is my first attempt at designing something for the city, I think I'd be better off just mining?

Industrial is good, and the design is rather interesting, but all that glass and iron does indeed look out of place, so switching the materials might be a good idea. I can totally see this included in a beacon room design and adding to the history of the civilization is always good.
_________________
Down here, we're in control.

sret wrote:Industrial is good, and the design is rather interesting, but all that glass and iron does indeed look out of place, so switching the materials might be a good idea. I can totally see this included in a beacon room design and adding to the history of the civilization is always good.

Also, that last thought gave me an idea.. What if we had a library? XD With lots of bookshelves and ornaments ect and then a chest in a little room further down the middle/on a platform containing book/books of lore of the city ect. Maybe we could have minecraft tips ect also. We could assign people to make their own books with tips ect, for example someone may be great at food handling for different scenarios so they may make their own book for that. This belongs in a new topic really, but what do you think of it?

Hm, there's something really nice about netherbrick, even though it somehow looks like a maze of some sort combined with the glass. With the glowstone it's a whole new thing as you don't see the lava anymore, and it made me realize that we could change up the pattern and put the city symbol there (I'm sure you've seen it in other parts of the city) which would seem really fitting. Then maybe make a few holes to showcase the lava, and perhaps put iron bars in them?

Actually we have had plans for a grand library, which is the original reason we stocked up on books a while ago. We've also meant to write a lot about the lore and stuff and put it into books but we haven't gotten around to it yet.
_________________
Down here, we're in control.

Great observations there, I didn't even notice. Yeah I've seen the city symbol a bit.
I don't really not "didn't" a lot but I didn't have much time when I originally made it, but it was going to be a massive room, with maybe a semi-circle of those lava purifiers and then staircasese leading up and to the sides of them with levers ect, and then with lava flowing from holes in the roof to lead to the top of the purifiers. I don't know if it's evident from the screenshots, but I left the top of the "purifiers" open so you could see the still lava there. Also as I said with the semi-circle thing, they would all have little streams of lava leading to the pool around the pyramid. Iron bars ect sound nice to showcase the lava.

Also with the library, I think I heard of that before, there is already a topic for it?

I actually didn't notice the open tops. It's an interesting idea, we'll see how the others feel about it.

It's a shame not everyone is active on the forums much, :l is there an in-city notice board or anything maybe to alert the fellow dwarves of new ideas ect?

I would be on more but... school. meh

We all have our reasons

I have a nice hall in mind, mixed with some domes and holes in the ceiling for the beam to go.
I'll make a mashup later today.

Looking forward to it

Overall I think this is the right general direction with this beacon room. I like the theme but I feel we can go a bit bigger. Also, as far as materials go, we should be careful what colors and designs we use, especially for a room that is purely for decoration.

A beacon room will probably not happen for while anyways (we want to get beacons for utility before we start using them for decoration). This means we have plenty of time to get more ideas flowing.

BLOODY PIECE OF SHIT INTERNET!!! Every time I write a big post it fails to work and I have to write everything again -_-

Long story short, I like it.. Even better that there's some story to it as well

Do you think you can write a proper history and usage of the room? All fctional of course

Arrow, we can ALWAYS go bigger

And yes, we do need to be careful with the materials... I feel that so far the city is too bright and colourful for a dwarven city, but of course we have been restricted by lighting bugs, and the fact that we don't like to share the city with creepers and skeletons
_________________
Guess what, we now have a signature

I could do, but I was thinking because I'm only recently acquainted with the city that it could have some input from you elites

Is the "lore" I made originally alright?